WWE Allstars is a combination fighting/wrestling game that sees wrestlers from throughout the WWE franchise competing in fast-paced matches. The arcade-style gameplay compliments the over-the-top animations and variety of match types, such as Steel Cage, Fatal 4-Way, and Extreme Rules.

In addition to designing the various match types, Brian was responsible for making sure his favorite wrestler of all time made it into the game: Eddie Guerrero. Brian’s love for Eddie Guerrero grew out of the fact that he could effectively play a face and a heel. Brian always felt it was a disservice to the late Eddie Guerrero that he wasn’t featured in more wrestling games.

He was also present for much of the motion capture and got to see firsthand the level of grace and coordination required to safely and successfully execute the more extreme wrestling moves.

The best part of filming for Brian though, was when his son Kyle came to the shoot and got to take pictures with some of the wrestlers. To his mother’s dismay, they also taught him how to climb the cage, the turnbuckles and taught him a few moves. That wasn’t Kyle’s favorite part though. His favorite part was watching the wrestlers do the motion capture for his favorite wrestler, Rey Mysterio. 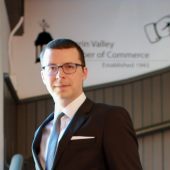