Fading Suns: Intrigues and Escapades is a supplemental book for the updated Fading Suns tabletop game system. Read about the noble houses, and the history of bloodshed and betrayal or how the Church rules everything with an iron fist.

You’ll learn the motivations, the wants and needs of each faction, with a whole host of storylines to choose from when creating a game, or even if you’re just a player who wants to be informed who their characters are.

As for the gamemasters out there, there’s a whole section in the back just for you. Each faction has a bunch of story hooks that will inspire your next campaign. Each hook is a starting point to let your imagination run wild.

What is Fading Suns?

Fading Suns is a far future sci-fi game filled with noble houses, merchant guilds, supernatural creatures, and aliens. It’s set in a universe where the suns are slowly dying and no one knows why.

There’s a LARP version too.

Juliet and I played the Live Action Role-Playing (LARP) version at Bill and Nikki Maxwell’s house over 20 years ago when Bill wrote the rule book, Fading Suns: Passion Play. Juliet had fun modeling for the book. They dressed her up in a red leather dress, painted tattoos on her arms and face, and handed her a skull. Throughout the photoshoot they kept telling her to look more angry. Her favorite pic is on page 169.

I played a starship captain, a Charioteer named Xavier. My guild buddies and I spent most of the evenings scheming and lying, trying to build power and working angles. Juliet played an Avestite, a ruthless zealot that longed for the days of the crusades.

One Halloween night we played a game where everyone was trying to get rid of a demon that Juliet summoned in secret. It was taking people over and causing chaos.

Meanwhile, my Scraver buddy and I spent the entire night trying to stop our Engineer friend from nuking the entire planet. It was the most intense role playing experience I’ve ever done. We saved the planet… and no one knew. Reminds me of “the Zeppo” episode from Buffy the Vampire Slayer. (If you haven’t seen it, you really should).

What’s the difference between tabletop and LARP?

For those of you who are new to role-playing games, there’s some major differences between tabletop RPGs and LARPs. Both require you to create a character sheet with your character’s strengths and weaknesses. You’ll need to decide which faction you are and your character’s purpose. LARPing is like improvisational acting with a GM deciding your fate based on their storyline and your stats. When you play a tabletop game, you can be more thoughtful about it and can act as much or as little as you wish.

Juliet tends to create characters with flaws like amnesia or insanity so she has stronger characters but her character’s fates are at the whim of the GM.

Writing for Intrigues and Escapades

We had so much fun participating in the LARP version that when Bill Bridges asked if I wanted to write the merchant/guild section for Fading Suns: Intrigues and Escapades, I jumped at the chance. It’s actually something I’ve wanted to do since working on Fallout.

My section explains the history of the guild, it’s motivations, and the relationships with nobles. Do you want to play a Scraver who searches the galaxy for trinkets to sell, or a Charioteer who plots the stars and finds ancient, unknown worlds?

One of the hardest parts of GMing a game is figuring out the story. It’s actually harder than coming up with the plot of a novel like Demon Dance, because you’re dealing with different types of people with their own motivations. I kept this in mind when coming up with my story hooks for the game. I wrote them in such a way to spark your imagination and let you take it from there.

Where to buy the books.

Fading Suns: Intrigues and Escapades is part of the newest version of the Fading Suns system. The books are available in hardcover and PDF editions. The artwork alone is reason to buy the hardcover version but I know how handy a PDF can be during a game.

Here’s the link to the hardcover copy:

Here’s the link to the digital copy:

Brian Freyermuth (Born 10/07/1972) is an American game designer director, voice over director, and author. He began his career in game design working on the original Fallout and has worked as a designer on games like Epic Mickey 2: The Power of Two, Minecraft: Story Mode, Ozaria, and Five Nights at Freddy's: Security Breach. He is a member of the Science Fiction & Fantasy Writers of America and Horror Writers Association and is the author of the urban fantasy Demon Dance and co-author of the sequel Mind of the Beast. 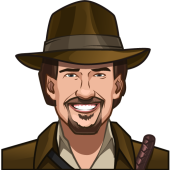 Brian Freyermuth (Born 10/07/1972) is an American game designer director, voice over director, and author. He began his career in game design working on the original Fallout and has worked as a designer on games like Epic Mickey 2: The Power of Two, Minecraft: Story Mode, Ozaria, and Five Nights at Freddy's: Security Breach. He is a member of the Science Fiction & Fantasy Writers of America and Horror Writers Association and is the author of the urban fantasy Demon Dance and co-author of the sequel Mind of the Beast.